Blog - Latest News
You are here: Home / News & Events / PACE: A model for efficient use of tax dollars

As anyone who has been following the news knows, North Carolina Gov. Pat McCrory has launched a full-scale effort to cut state government spending. The governor recently asked state agencies to cut costs on the final months of the budget year, saying he wanted to “keep a tight hand on the taxpayer’s purse,” according to reports in the Raleigh News & Observer.

Among the chief causes for concern is Medicaid, which health officials say has run up $140 million in unanticipated spending. If the governor’s advisors are looking for a model for Medicaid reform, I would like to humbly and helpfully suggest that Piedmont Health has a model that they can emulate: Piedmont Health SeniorCare.
Piedmont Health SeniorCare is a Program of All-Inclusive Care for the Elderly (PACE). PACE has been growing all over the country (Piedmont Health SeniorCare late last year expanded the program from the existing facility in Burlington, adding another in Pittsboro.) PACE has been lauded all over the country, with publications such as the Washington Post and New York Times highlighting them as part of the future for long-term care in this country.
PACE serves citizens who are 55 years old or older and eligible for nursing home care. The program allows participants to stay at home – where they receive comprehensive, coordinated care from a team of providers – rather than moving to a nursing home. Institutionalized care is more expensive for the Medicaid system than staying at home, and senior citizens tend to be more comfortable at home, closer to families, friends and loved ones.
But besides appealing to patients and their loved ones, PACE has some qualities that should be very attractive to anyone looking to control Medicaid spending. For one thing, its costs are predictable – don’t blame PACE for any of that $140 million in unanticipated spending. That’s because PACE funding is capitated; PACE providers get a fixed amount of funding and take on care at full risk and responsibility for any expenses incurred beyond the funds provided. PACE saves the state $17,000 per person per year in Medicaid funding.
And it’s important to realize that PACE works with the frail elderly; people with multiple, chronic conditions as well as disabilities that inhabit their ability to eat, bathe, dress and perform other essential functions. Almost half of PACE participants have a formal diagnosis of dementia, including Alzheimer’s. At the time of enrollment, the average PACE participant is taking 12 medications. In sum, PACE serves the state’s most costly and medically complicated population.
When you mention Medicaid, many people may think of women and children, but more Medicaid spending actually goes to the kind of population served by PACE. If you can save money spent on the frail elderly, you are hitting the sweet spot of Medicaid savings.
Despite this, PACE health outcomes are remarkably good. Participants experience fewer hospitalizations compared to other Medicaid programs and have a low risk for long-term nursing home placement. On average, PACE participants experience one hospitalization every two years, and one emergency room visit every three years. Only 4 percent requite nursing home placement.
These health outcomes are the envy of other Medicaid programs that service long-term care residents.
Research by Abt Associates further underscores the outcomes. The research shows that, in comparison to traditional Medicare/Medicaid enrollees, PACE participants have lower rates of inpatient utilization, higher rates for utilization of ambulatory services and a lower mortality rate. In addition, participants reported a better health status and higher quality of life.
These health outcomes should not be a surprise. High-quality care is required under state and federal rules, and PACE has rigorous quality-assurance protocols and program data that is reviewed annually by government regulators. Gov. McCrory has previously stated his support for PACE programs, and rightly so. It is worth mentioning that North Carolina is a leader in the PACE model. The state now has 10 PACE programs – about 10 percent of all the PACE programs in the country. PACE helps establish North Carolina as a leader in health-care innovation.
It is laudable that our governor and General Assembly are committed to being responsible with taxpayer money, especially with the Medicaid program. As they look for ways to rein in costs, they should make sure to recognize what is working well and what is not, and they may want to look to PACE as a model for how Medicaid funds should be spent.
http://piedmonthealthseniorcare.org/wp-content/uploads/2013/04/PHSC-Logo-Web.png 0 0 Star Chang http://piedmonthealthseniorcare.org/wp-content/uploads/2013/04/PHSC-Logo-Web.png Star Chang2014-05-12 20:29:412014-05-12 20:29:41PACE: A model for efficient use of tax dollars 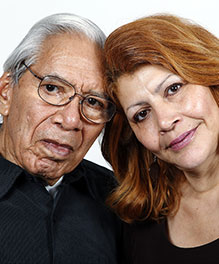